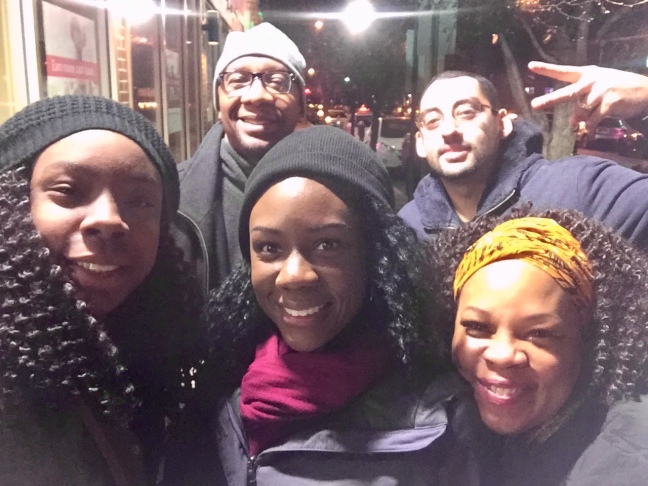 I’m so excited that my parents and sister were able to come to NYC to spend Christmas with me! We surely had an eventful week! Here’s all what we did!

We had dinner at this amazing Asian hibachi restaurant called Edos Steakhouse located in Pelham, NY. My family really enjoyed the food and the fun show that the chef gave when making our food! We had so much food that we had an extra serving of food to take home!

I took my family to do a little shopping on Central Park Ave in Yonkers. The shopping center had a variety of stores like Burlington Coat Factory, Marshall’s Shoe Shop, and Best Buy To name a few.

My colleague told me about this creole based restaurant called The Bayou Restaurant where they have meals that are traditionally served in Louisiana! The atomesphere was pretty cool! It looked just like we were eating at a restaurant down in Louisiana with all the cultural decorations all around us! I was so excited because I always wanted to visit Louisiana so by coming here I get a little taste of it lol!

For our appetizer, I ordered Swamp and Turf which were bbq ribs with grilled alligator! Yes I said alligator! Alligator taste similar to chicken but is a lot more tender. I enjoyed it! My dad and I ordered Fried Catfish Po’Boy which is a fried catfish sandwich that comes with sweet potato chips and coleslaw. I also ordered hush puppies (my favorite!)

My sister and husband ordered Louisiana Yard Bird which was chicken in a gravy sauce and my mom ordered a cheeseburger and a side of mac and cheese. Everything tasted amazing! And I will be revisiting that restaurant very soon! 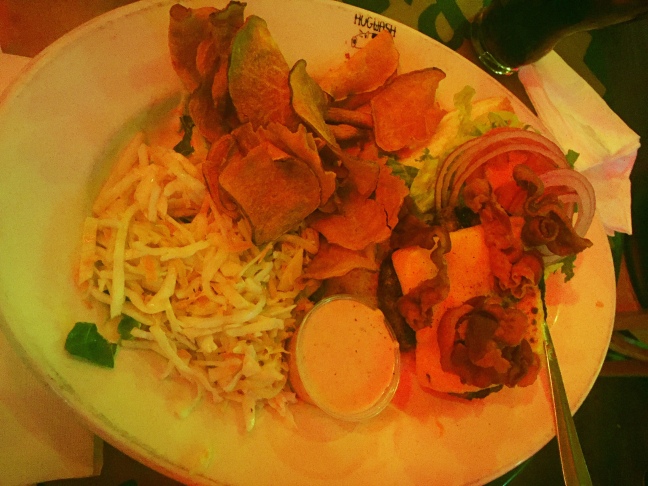 We went to an Alvin Ailey Dance Show at the City Center in Manhattan.

Alvin Ailey was a choreographer and activist who founded the Alvin Ailey Dance Theater. He is known for popularizing modern dance and revolutionizing African American participation in 20th century concert dance (dance performed for an audience that is choreographed to set music).

My mom is a dancer and has been since her teenage years. After high school, she actually auditioned and was accepted into the Ailey School and she was in the program for 2 years. So she received dance training directly from Alvin Ailey himself! She even performed at the Apollo Theater in the early 80’s to “The Beautiful One’s” by Prince. Her crew came in 2nd place! How cool is that!

The picture below is of my mom on ballet pointe when she was about 19 years old in NYC! 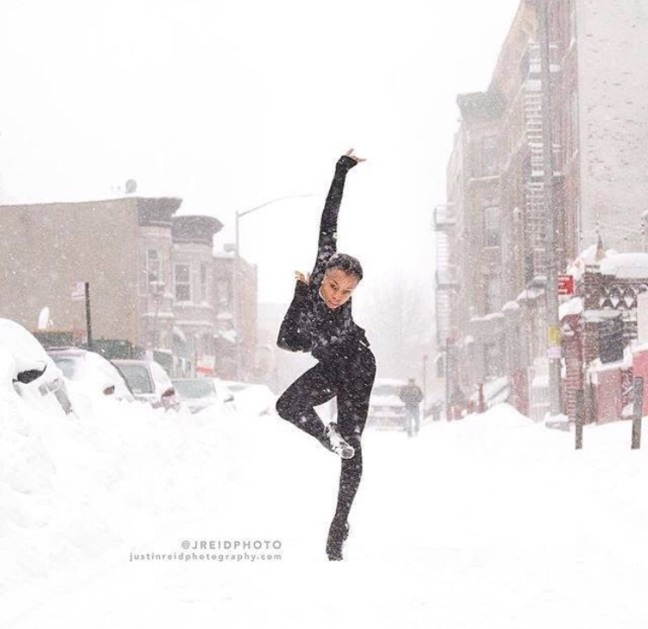 The Alvin Ailey performance at the City Center was amazing! When I was younger, my mom showed me the videotapes of Ailey’s classic performances like “Revelations” so to be able to see it all live was an amazing experience!

After the showing, we went to my moms old performing arts high school called Julia Richman/ Talent Unlimited Performing Arts School! And turns out that my husband’s uncle went to the same school as well! Small world isn’t it!

Later for dinner, my mother in law had a gathering at her place filled with great food, games, laughs, and fun! 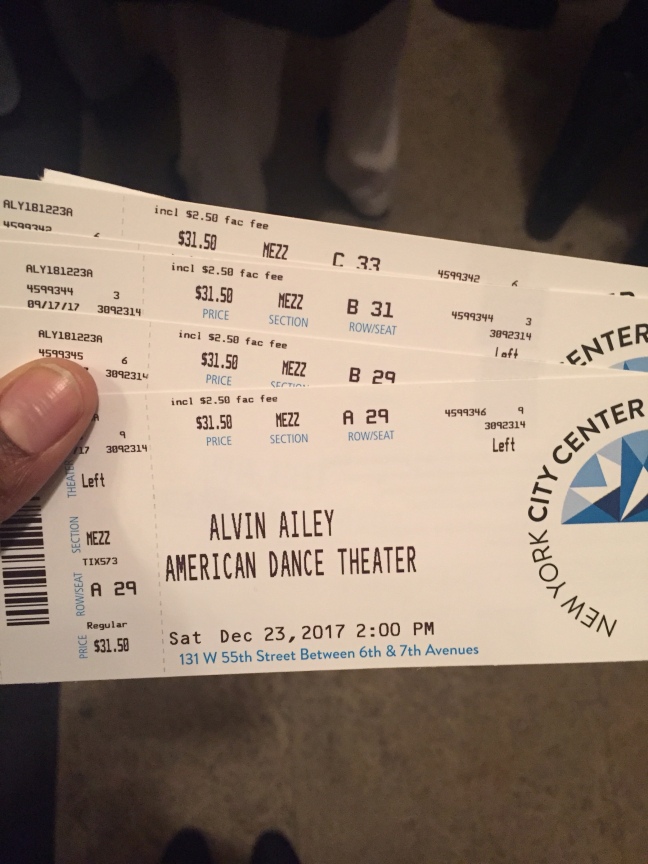 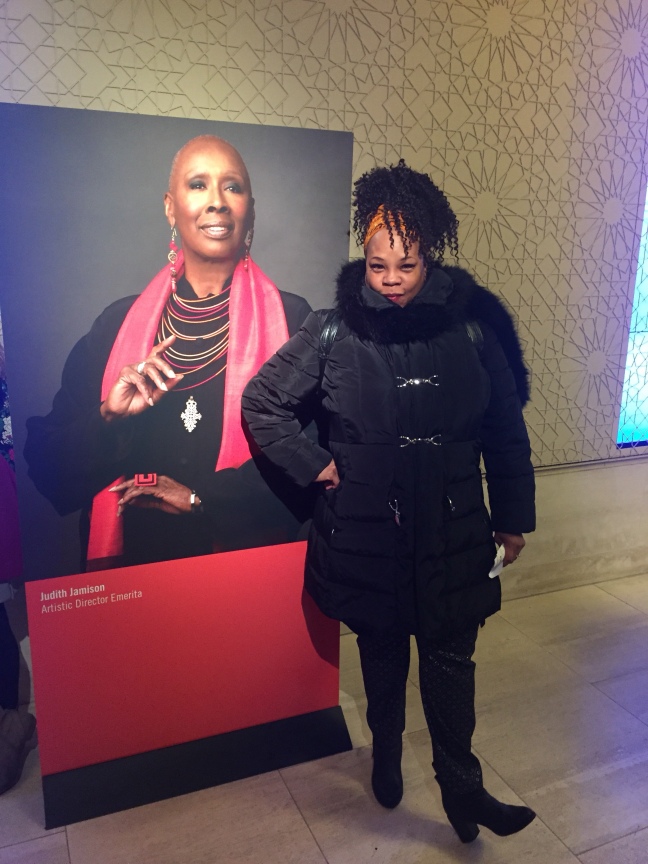 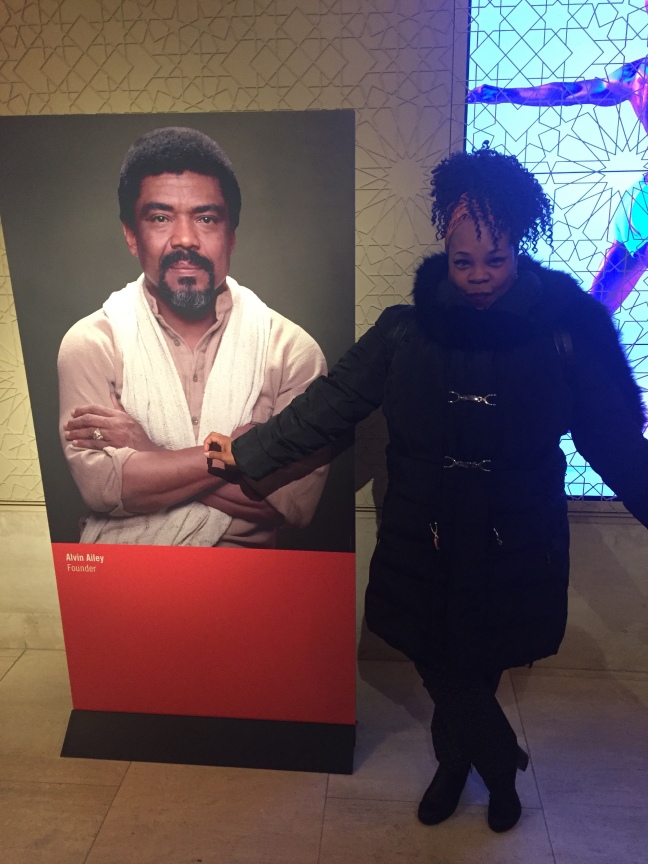 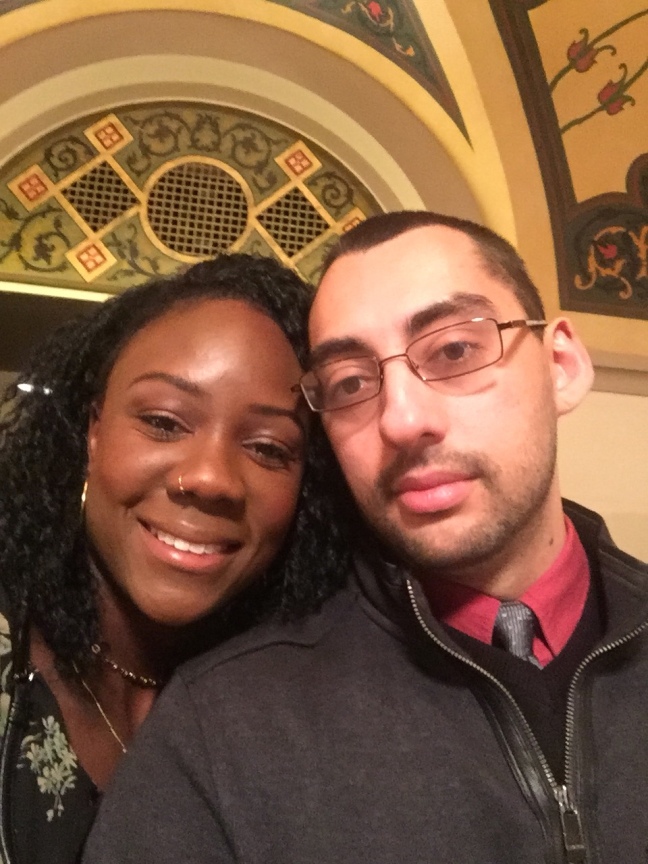 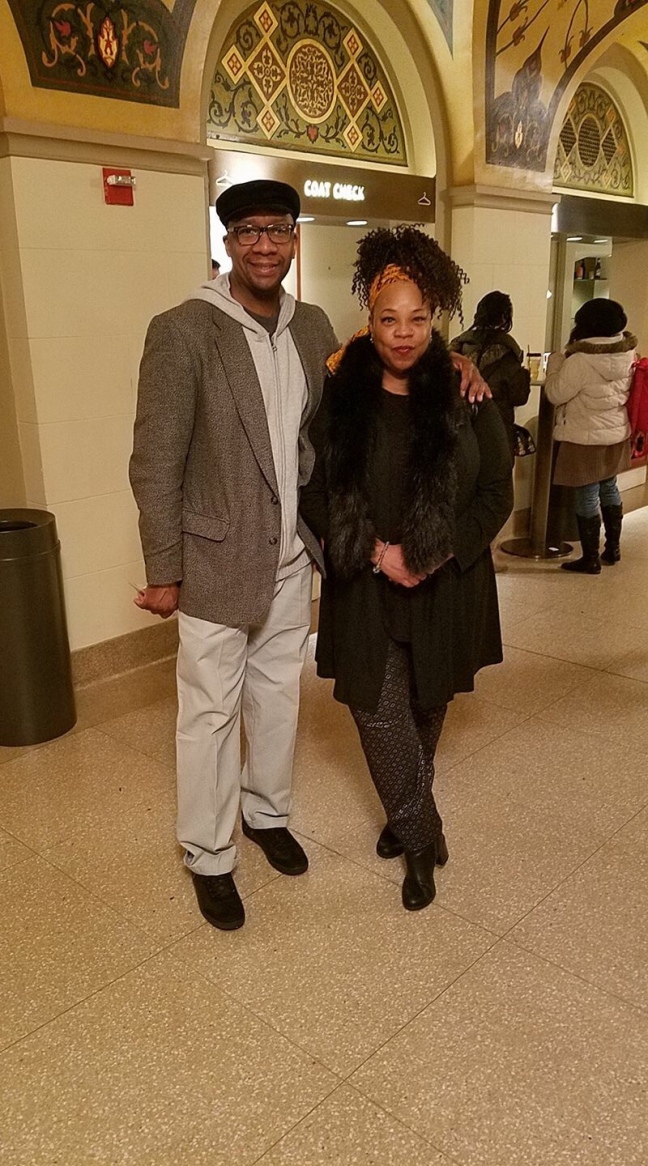 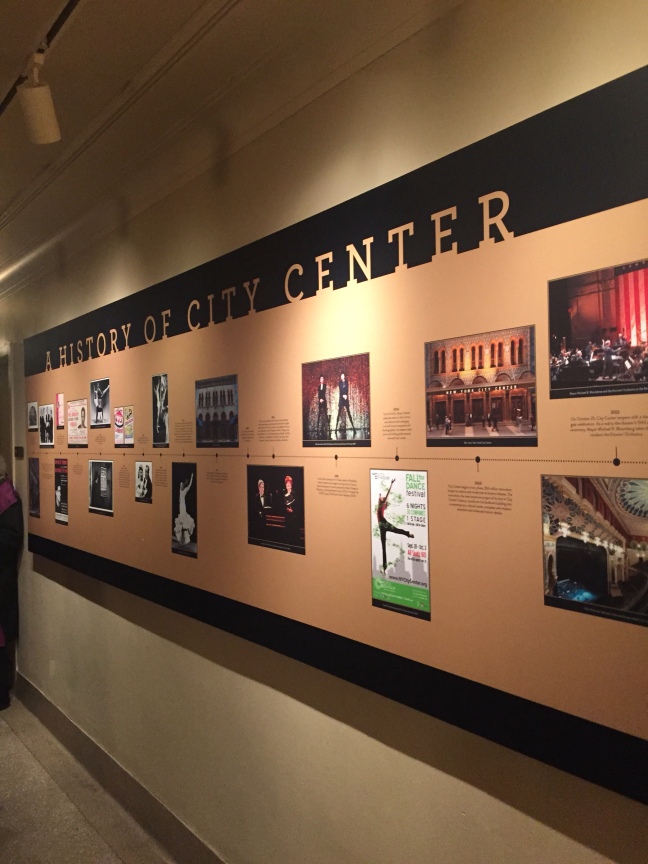 My uncle took us all to their old neighborhood in East River in Manhattan where my mom and her 4 brothers grew up. My mom hasn’t been there in years so she was happy to see her old neighborhood and talk about the memories she had. She said that the movie “The Wiz” was filmed very close to their neighborhood so in between takes, the actors in the film such as Diana Ross would come to say hi and talk to the people in my mom’s neighborhood. That’s so awesome!

Later that night we had Christmas Eve dinner at my husband’s aunts house in upstate NY which was a great time! The food was delicious as always and we played a few games as well!

Christmas is finally here! We had Christmas dinner with my moms side of the family at my uncles house in Brooklyn. We normally don’t get together for holidays because everyone’s family is usually doing their own thing. I haven’t seen a lot of these family members in a long time so it was very nice that everyone came out and spent time together! It was a great time for sure! I’m sure we’ll all be able to have more family gatherings like this in the future! 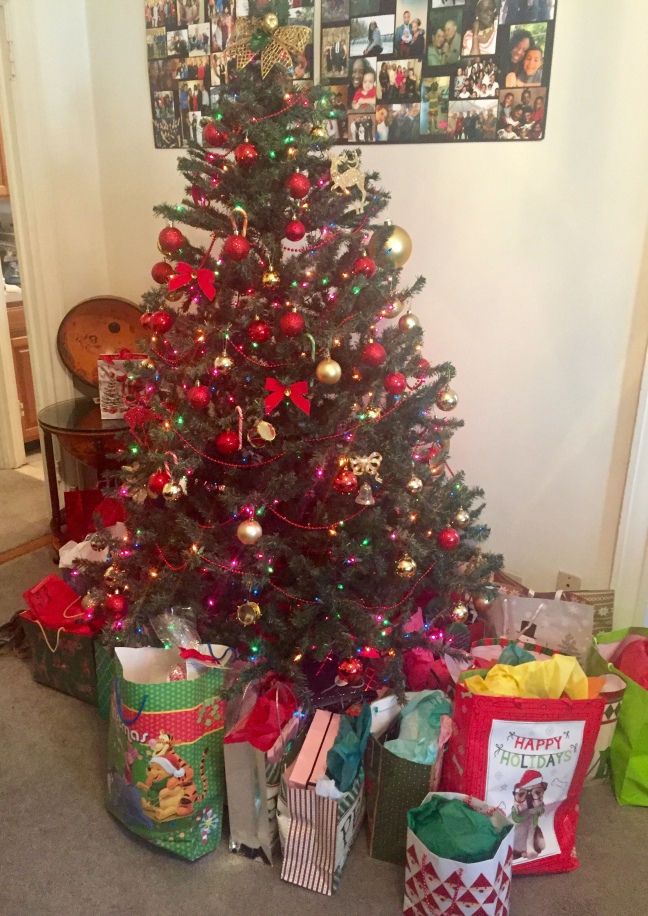 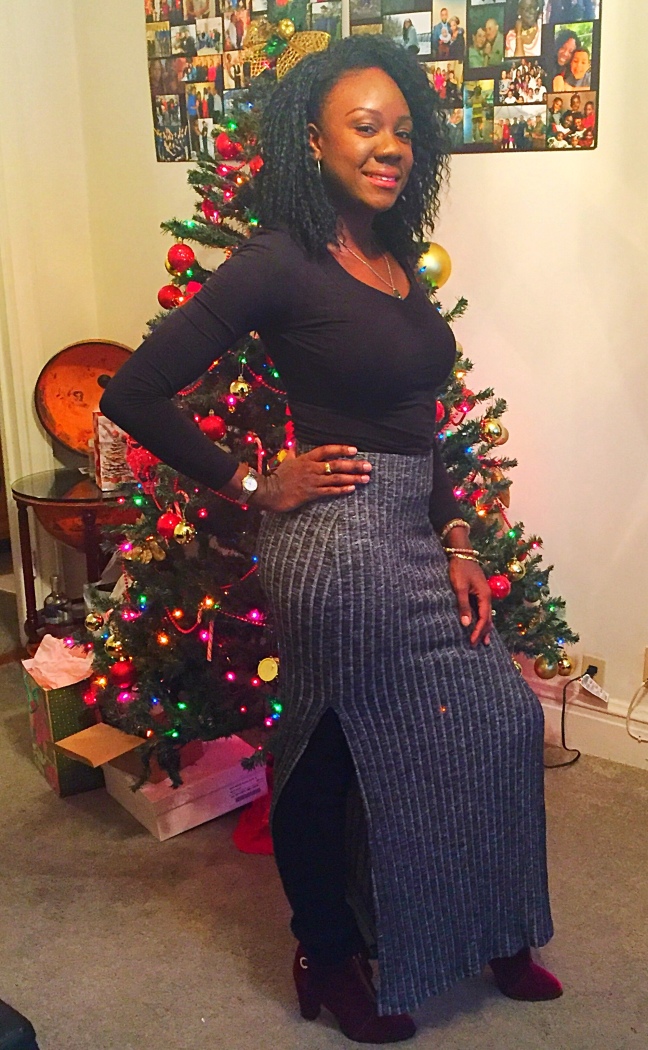 My parents and sister went back home this morning! I was sad to see them go but I’m so glad they came out to spend time with all of us here! They are already planning to come back very soon since they had such a great time! I’m looking forward to it!

I hope everyone enjoyed the holiday as much as I did! 😊